What Does the 8.8 Earthquake in Chile Teach Us? 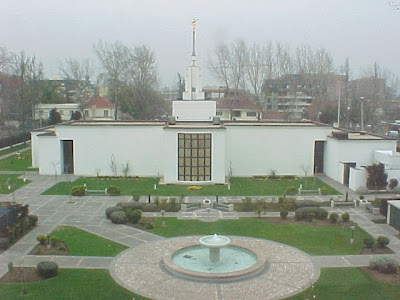 Watching the Chile earthquake news report this morning has been a bit frazzling. All I could think of was, "What, another one? I am still adjusting to the last one." However, I am getting my thoughts together and thinking about what we can learn from this. We can always learn something from natural disasters. 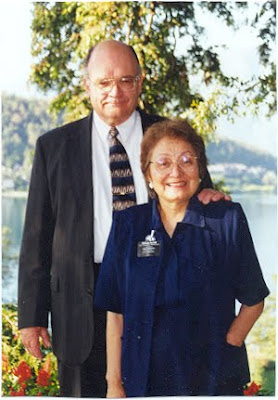 My parents, President and Sister McCune. March 2000
But first, some personal background. My parents lived in Santiago for a few years while my father served as president of the LDS Missionary Training Center there. This is the place where young men and women from some of the South American countries are trained for their missions. He loved his missionaries even though he worked with each group for only a few weeks. As a leader, he had a great resonsibility for them. His heart is still in Chile and he loves the South American people even after being home for several years. 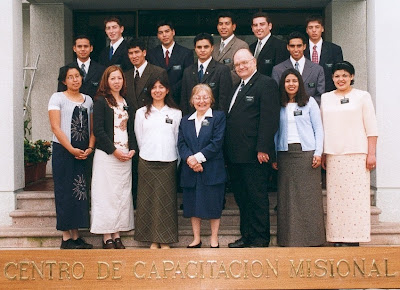 One of the many groups my parents helped train as missionaries

I am certain many parents are wondering how their missionaries are doing in Chile. A recent report states: "We have confirmed that all of the Church's missionaries in Chile have reported in and are safe, including the two elders on the Juan Fernandez Island." Church Newsroom.

I was also able to read an email from a friend's missionary son living in Villarrica, a city near Concepcion, the epicenter of the earthquake. His mission president has allowed them to send an email home to their worried parents as soon as they could to let them know they were alive and well. He said the swaying of their house was a strange sensation. They thought it was the nearby volcano erupting, but after checking saw that it had not erupted. Their house is a mess, but they are fine. They immediately checked on their neighbors. The whole city of Villarrica is a mess with rubble and broken glass. Most stores are boarded up. Every missionary is safe in their zone. My son serves a mission in Bolivia, but I know that these wonderful missionaries in Chile will soon become the helping hands that are needed to help the people in their cities.
This recent Deseret News article says there is no structural damage to the Santiago Chile Temple or the LDS Missionary Training Center, and gives more information about the situation.

A few facts. There is one LDS Temple in Santiago, Chile. Throughout Chile there are 611 congregations, and over 550,000 members. For those of you who speak Spanish, the official LDS Newsroom website for Chile can be found here.

Here is what I have learned from this earthquake: